Bridging the Gap Between Shape and Function: SlicerMorph

SOMERS – For years, the benefits of CT technology applied to scientific research were limited to well-funded universities and laboratories. However, the advent of open-source technology has brought with it a precipitous change in the landscape of research. Platforms such as SlicerMorph are the wave of the future as they offer an affordable alternative to previously limited options. In recent times, CT guided studies have yielded fascinating results and will continue to do so for many years to come. For these reasons, in mid-February, esteemed University of Wisconsin-Parkside faculty members Dr. Christopher Noto and Dr. Natalia Taft attended the National Science Foundation funded “3-D Morphometrics and Image Analysis Intense Winter Workshop.” The seminar took place at the Friday Harbor Marine Laboratories on San Juan Island, Washington, overlooking the picturesque San Juan Channel. The Friday Harbor Marine Laboratories attracts researchers from across the globe as a renowned marine biology field station operated by the University of Washington. 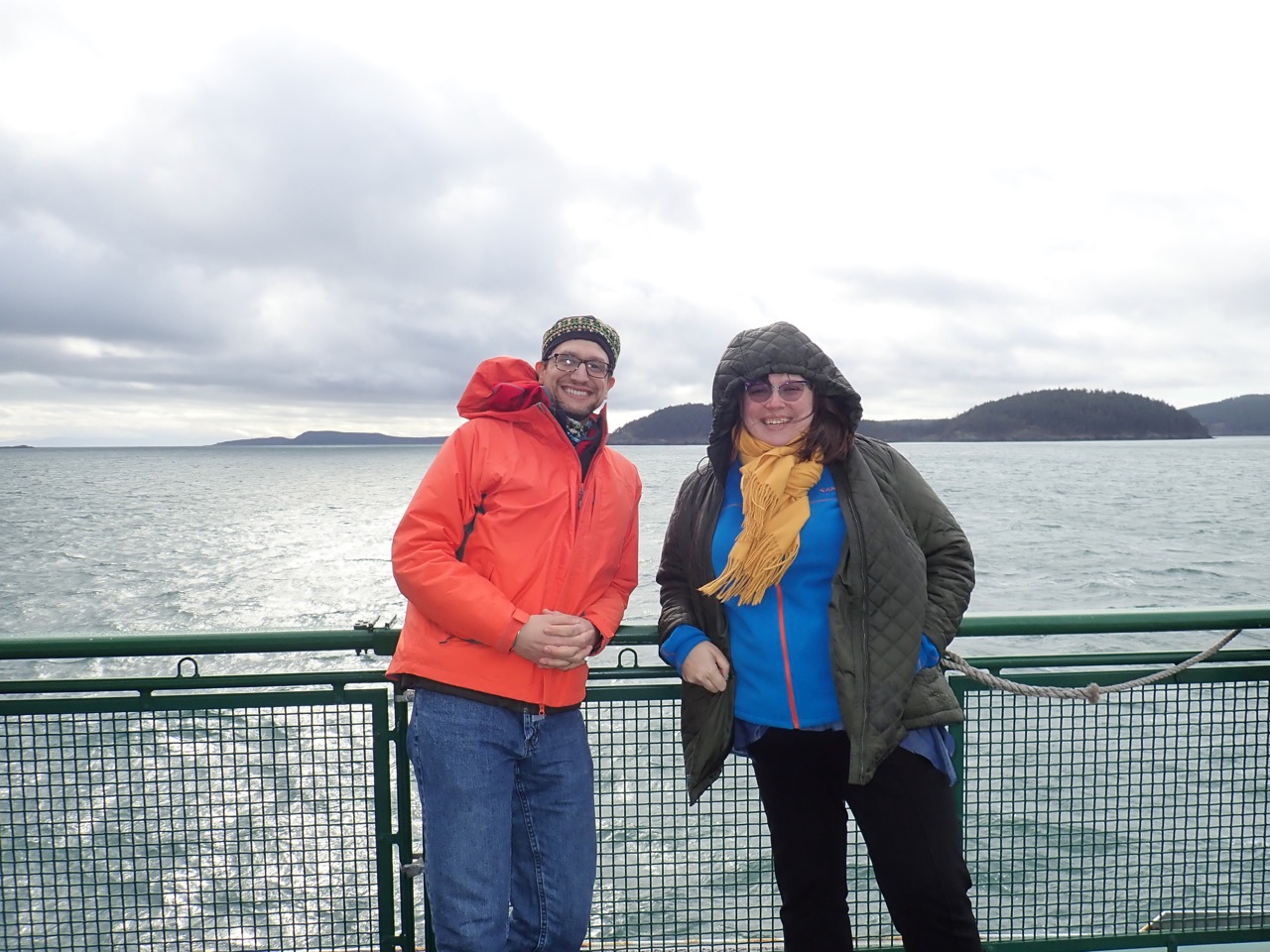 The Principal Investigators on the DigiMorph project, and co-organizers of the grant workshop were Dr. Adam Summers of the University of Washington and Dr. Murat Maga from the Seattle Children’s Hospital. This course was geared toward post-docs and junior faculty seeking to immerse themselves in a collaborative learning environment consisting of formal didactics in the morning, supplemented with small team labs thereafter. Some of the guest lectures highlighted topics such as the theory of statistical shape analysis, high-throughput image analysis, and applied imaging. These labs gave an in-depth training on how to conduct specimen based research through 3-D imaging. Furthermore, the open-source platform 3D-Slicer visualization suite and its accomplice SlicerMorph morphometrics toolkit were used to cover visualization, segmentation, image processing, and statistical shape analysis. All these fancy words ultimately boil down to the way in which shape relates to function, says Dr. Noto. The supplied materials consisted of volumetric 3D datasets such as CT and microCT that are applicable ubiquitously, and are similar to what hospitals use.

During a follow-up interview on the Parkside Today radio program, Dr. Noto, an associate professor of biological sciences and a paleobiologist, remarked how this was such an exciting opportunity to replace old proprietary pipeline programs, which often cost an exorbitant price, with an open source (e.g. 3D-Slicer and SlicerMorph). Dr. Taft, also an associate professor of biological sciences a functional morphologist, added that in the future, undergraduates working in her lab would have the opportunity to be trained on these platforms early in their careers, thus adding to their arsenal of skills as a scientist. This would be in a similar light to the well-known RStudio that UW-Parkside students use in the Biostatistics (BIOS 210) course. SlicerMorph was chosen by the National Science Foundation (NSF) as it has been available and in the works for well over a decade, facing many revisions along the way. Dr. Noto expressed that part of the purpose of this workshop was for troubleshooting, and to also figure out what tools are needed for researchers in the present moment. Dr. Noto brought with him the fossil jawbone of a new alligator species he discovered at the Arlington Archosaur Site. He was able to utilize his time there to learn how to better relate the tooth sockets of this ancient species to the shape of the teeth they likely housed. 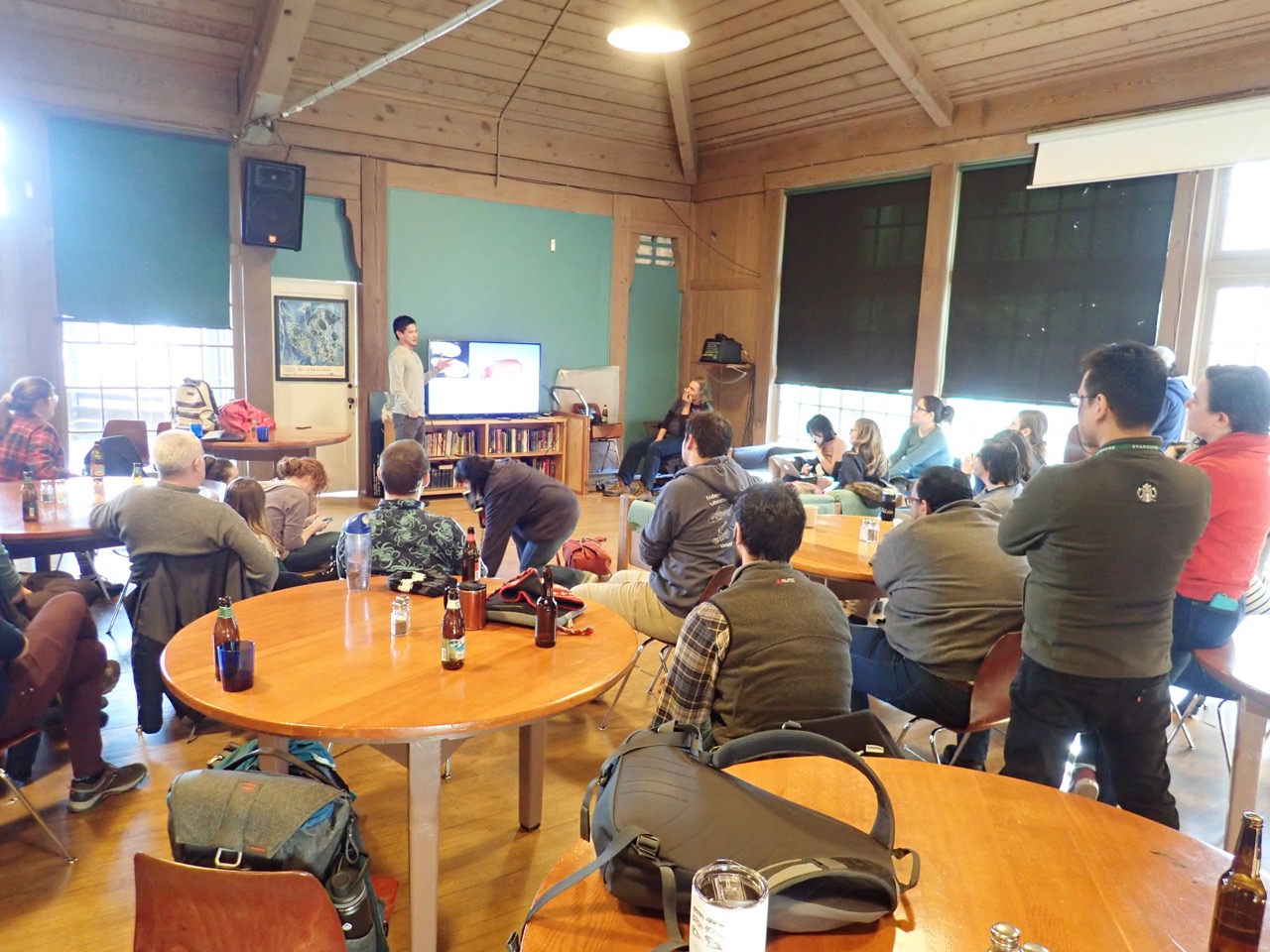 “These applications have broad importance, not just in biology but also in the medical field,” Dr. Taft stated. “For instance, a lead researcher on craniofacial specificity uses them to characterize how differences in genes relate to differences in skull morphology in mice, to construct 3D skull fragments for patients with head injuries, and to correct certain craniofacial deformities.” This is done in conjunction with 3D printing. Doctors and researchers are able to print out their models and practice, or just visualize them at a larger scale to better understand the size dimensions. There are myriad enticing applications for this in an array of different fields. For example, a graduate student from another university who also attended this workshop studies the differences between termite head casings. She uses micro-computer tomography scans to form a 3D picture of the head casing, and then uses this platform to more clearly articulate the differences among species. Dr. Taft plans to use SlicerMorph to continue her exploration into unique fish vertebrate morphologies and how some fish have been able to repurpose their fins to do more than just swim, such as the fossil Tiktaalik which was an early tetrapod to venture out onto land.

Professor Taft recalls that she didn’t know about the research side of academia before she attended a university, but only that she wanted to teach college students for a living. She now comments that one of the most exciting parts of her job is working with students and exposing them to things they didn’t know were even possible in science. Professor Noto reminds us that research is all about the things we don’t know and how we can better answer them. Making discoveries and becoming a world expert is something we can all aspire toward, but a strong education begins with learning how to ask the right questions.

While research can at times be frustrating it is also very empowering. Both faculty members emphasize the immense importance for students to get involved in research as early as possible at UW-Parkside. Many students are under the false notion that they must wait until their junior year after they have taken certain classes, but professors are more than willing to take even freshmen into their labs.

If you want to hear more about Dr. Taft and Dr. Noto’s fascinating winter workshop trip, you can listen to their full-length interview on Parkside Today. The interview is available online at https://www.uwp.edu/explore/news/parksidetoday/ and will also air on WIPZ 101.5 FM on April 14 and 19 at 4 p.m.

If you are interested in learning more about the research that goes on at UW-Parkside and opportunities beyond, please head over to www.uwp.edu/journalofscience to read the most recent edition of UW-Parkside’s Journal of Science.

Biological Sciences Molecular Biology and Bioinformatics
Who Are You?