UW-Parkside Wind Ensemble and Community Band Performance on May 9

SOMERS - On May 9, UW-Parkside’s Wind Ensemble and Community Band will be performing in Bedford Concert Hall in the Rita Tallent Picken Regional center for Arts and Humanities, featuring artist-in-residence and guest conductor Ray Cramer. General admission is $10 and student/staff/senior admission is $5.

Ray Cramer is an award-winning conductor with an illustrious history. Ray E. Cramer was a member of the Indiana University Jacobs School of Music faculty for 36 years. As the Director of Bands the Indiana University Wind Ensemble earned an international reputation for outstanding musical performances. Mr. Cramer remains actively involved in clinics and guest conducting engagements nationally and internationally. He serves as a regular guest conductor for the Musashino Academy of Music in Tokyo (1990 to present). He has conducted the Musashino Wind Ensemble on tours throughout Japan and three performances at the Midwest Clinic in 1995, 2006 and 2018.

The repertoire for this year includes Gavorkna Fanfare by Jack Stamp, 1990; Sheltering Sky by John Mackey, 2012; One Life Beautiful by Julie Giroux, 2010; After A Gentle Rain by Anthony Iannaccone, 1980; City Trees by Michael Markowski, 2012; Children’s March by Percy Grainger, 1918; and, Symphony No. IV: Bookmarks from Japan by Julie Giroux, 2013. It will be an evening of incredible music by talented performers.

More information can be found at uwp.edu/therita/, or you can contact Dr. Laura Rexroth at rexroth@uwp.edu. 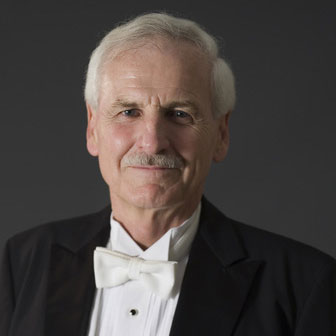