Banished to the Forest of Arden along with her best friend, Celia, Rosalind journeys into a world of exile. But not before catching the love-struck eye of Orlando who has also fled the Court for the safety of the Forest. Mishaps, mistaken identities, and questionable poetry leads to friendships forged, families reunited, and lovers triumphant.

The upcoming theater production As You Like It will be premiering Friday, December 2nd at 7:00 p.m. Not only will this play be bringing the classic works of Shakespeare back to Parkside’s stage, it will also be bringing 6 alumni back on Parkside’s production team as guests. Laura Arnold ’15, Kevin Nelson ’11, Katlin Gerlach ’14, Chris Payne, Phil Wooding ’11, Bethanne Duffy ’14, and Kevin Duffy ’13 will all be returning to help in this production. We interviewed a few of our alumni to hear about their careers after graduation and what it’s been like returning to campus as a guest artist. 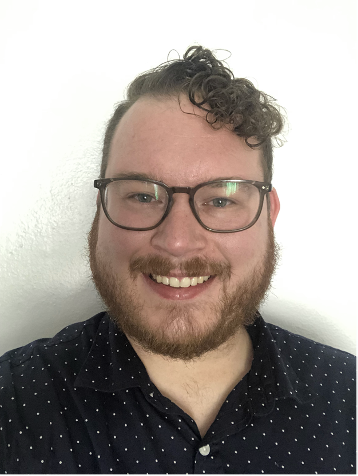 After graduating from Parkside, Kevin Nelson spent 3 years training in his field, later earning his Master of Fine Arts from Indiana University in 2017. He now resides in Denver, Colorado, working at the Denver Center for the Performing Arts as a scenic designer.

Here’s what he has to say about coming back to Parkside’s theater department as an alum:

“As an alumnus returning to the theatre department as a guest designer, I have learned that it is a bit strange. I feel like I have been out of college for ages, but as soon as I stepped back into the mainstage, I was transported back in time. Seeing the other alumni in the room, I knew that the friendships I have made during my time at UW – Parkside will last a lifetime. The program and content that the university offers may change, but the people who have worked on this project mean the world to me. We were able to fill the roles and accomplish a tremendous amount of work in a very short amount of time with high spirits, confidence, and humor – when this show opens, I know it will be incredible, because that is the legacy UW – Parkside creates – incredible people.” 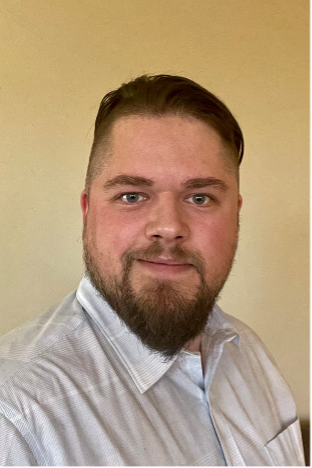 While not an official Parkside alum yet, Chris Payne is seen as one by everyone in the theater department. Chris is returning to Parkside after 8 years to complete his degree, in this time, he worked as a freelance Lighting Designer in Chicago. He has worked on lighting designs for many events, ranging from corporate meetings to concerts at Wrigley Field.

When asked about his journey to UW-Parkside and his return, this is what he had to say:

“I fell in love with theater in high school. I worked on every show while I was in high school. I enjoyed it so much, so I decided to pursue it as a career. My first phase at Parkside started in the fall of 2008. I decided on Parkside after a 2-week internship my theater teacher in high school set up for me. He wanted me to experience what college theater was like. I spent that time working with both the faculty and students helping build their upcoming show. It was a great experience and that’s when I decided that Parkside was the school for me. The following year I applied to Parkside, and I interviewed with the faculty to get into the theater department. After being accepted, I started that fall and I was very excited. During my first phase at Parkside, from 2008-2013, I learned so much and was so lucky to learn from some of the most passionate artists. During my time at Parkside, I was able to design Lighting and Projections for many shows. Unfortunately, while I was good as a theater artist, I wasn’t the greatest student. After 5 years I decided that I wanted to go work in the real world. I had accepted a job as the Assistant Lighting Designer at Six Flags Great America, a local theme park, so when the school year ended, I left and started working. I designed lighting for musical revue shows, parades, haunted houses, and themed areas throughout the park. After two years I moved on to work at a live event company in Chicago, where I would be designing lighting for meetings, galas, and other large events. I spent the next 7 years working in the corporate and live event space as a Lighting Designer and Master Electrician. I designed lighting for sales meetings, private parties, charity auctions, and private concerts on Wrigley Field. I also had become involved with the training programs in the companies I worked for. I helped develop and taught new classes, and I discovered a love for teaching. In March of 2020 the pandemic had a big impact on my industry, it shut down live corporate events, and most event work went to online meetings and broadcasts. At that point in my life, I decided I wanted to change the direction of my career. So, when my work shut down, I decided it was time to go back to school, so I could fulfill my new desire to teach. I got into contact with my former advisor and made a plan to finish my degree. I started my final phase at Parkside in the summer of 2021 and took classes online while working fulltime. As part of my return to school they asked me to design a few shows, and I was excited to design at Parkside once again. I designed projections for She Kills Monsters in May of 2022, and I am excited to work on this project with some of the designers that I went to school with in my first phase at Parkside. It has been a lot of fun working with old friends again. I am also excited to graduate next month after finishing all my classes. After I graduate, I will be applying for graduate school hoping to start in the fall of 2023.” 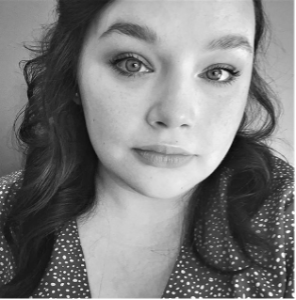 Since graduating, Bethanne has been heavily involved in various theater productions, from directing to makeup and hair design. This coming spring she will be directing a touring performance of Frog and Toad (KUSD). She has also continued her education and obtained her master’s in Library and Information Science, working as a librarian for children’s services.

We asked her about the most fulfilling projects she’s worked on since graduation, her response:

“Perhaps the most fulfilling project that I have recently worked on was returning to my roots by directing Secret in the Wings at Tremper High School. It combined my creative side and my desire to work with children by hopefully bringing them the positive experiences in theatre that I so valued when I was their age. It was amazing to watch the students grow throughout the process, becoming more confident in themselves and their talents, as well as seeing them grow as an ensemble learning to support one another and lift each other up when things became challenging. It was a thrilling challenge to return to where my love of theatre first started, and amazing to work with some of the best local theatre educators.”

UW-Parkside is thrilled to be able to have these incredible alumni come back and help make As You Like It come to life on stage. Their experience post Parkside is a great addition to this production, and their work will certainly help to inspire, encourage, and educate the students currently in the theater department.