SOMERS – UW-Parkside’s Jazz Department is proud to present the amazing jazz cellist, composer, and educator Tomeka Reid! Performing alongside her are the other members of her quartet, which include guitarist Mary Halvorson (who recently received an award from the MacArthur Foundation), bassist Jason Roebke, and drummer Tomas Fujiwara. Tomeka Reid will be performing in Bedford Concert Hall in the Rita Tallent Picken Regional Center for Arts and Humanities on Wednesday, October 30, at 7 p.m. This concert is free and open to the public. The group will be celebrating the release of their new recording ‘Old New.’ 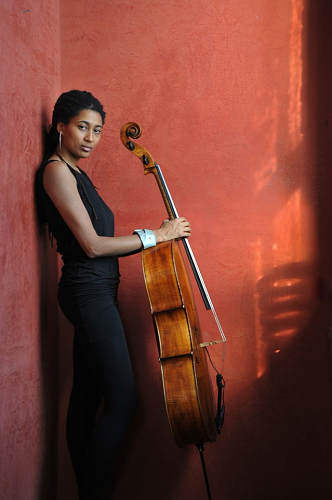 Recently described as a “New Jazz Power Source” by the New York Times, cellist and composer Tomeka Reid emerged as one of the most original, versatile, and curious musicians in the Chicago’s bustling jazz and improvised music community over the last decade. Now based in New York, her distinctive melodic sensibility, usually braided to a strong sense of groove, has been featured in many distinguished ensembles over the years.