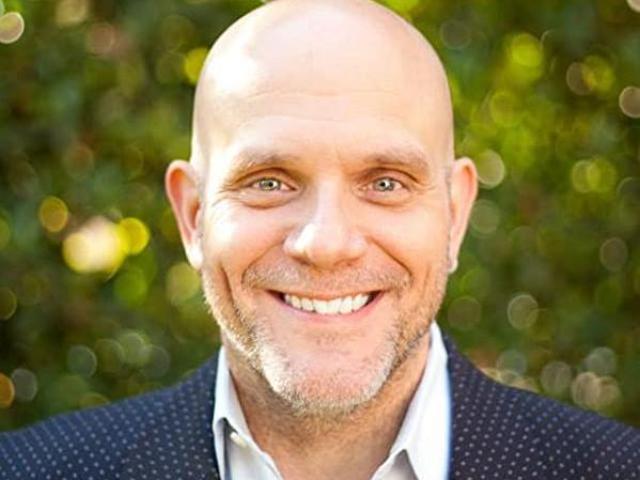 I loved the idea of getting a quality education at a university where I wouldn’t get lost. Where instruction wasn’t all about mass lecture halls – where there was opportunity to learn one-on-one from a talented and diverse faculty. I got more out of college, learned more, because of the intimacy of instruction available at Parkside.

While I was editor of the Ranger, I and other staff members recruited graduating seniors from local high schools. One of them from Horlick High in Racine was particularly gifted, a reporter and writer so talented I promoted her to an editor’s position within a few months. She became the first person I ever mentored – as much as I could being just a few years older and more experienced. We became good friends, but lost touch after graduation for 30 years.

We reconnected in 2016 while I was living and working in the film industry in Los Angeles. We realized we were still friends – and much more. That girl I knew as Kelly McKissick is the woman I have known as my wife since 2017: Kelly Schneeberger.

How have you been involved with UW-Parkside post-graduation?

Because my journalism and PR careers took me away from the Kenosha area for 28 years until I moved back in 2016, it has been unfortunately limited. But my wife Kelly and I – just before we were married – did visit the students working on the then-campus newspaper to offer counsel and encouragement. It was a joy.

As editor of the student newspaper (then called the Ranger) in ’86-’87, I fell in love with journalism and leadership. My newspaper career (which morphed into my current public-relations career) and the thrill I get when mentoring others were born on Wood Road.

Did you receive scholarships for any schooling at any point? If so, can you share why that scholarship was important or what your scholarship made possible for you?

I received a few small scholarships from local organizations but paid for most of my education myself. Best money I ever spent.

My daily journalism mentor, the late Jim Bishop, who was editor of the paper in Victoria, Texas, I worked at in the early ‘90s. When I delivered his eulogy at his funeral in 2013, I said this about what he taught me: “What Jim knew as a reporter and what Jim taught as an editor was that journalism was not about reporting *news events*; it was discovering and sharing *news stories.*  He pushed you, he trained you, to look for the story beneath the facts. To keep rooting around till you found something to show, rather than just something to tell.”

Advice for students who want to be entrepreneurs?

You are more than your worst day and less than your best day. Aim for the middle, where you’ll live and work most of your life, where your hopes dreams will be born and realized. That’s not a call to settle for mediocrity; it’s a call to strive for significance, to share with the world the lessons you learn from both your highs and your lows.