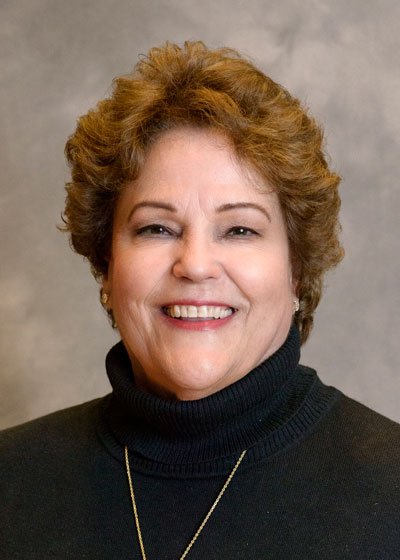 Helen Schumacher was born and raised in Kenosha, attending St. Joseph High School. She graduated from UW-Parkside with degrees in English and general science, as part of the second graduating class in 1971. While at Parkside, she was sports editor of the Ranger student newspaper and statistician of the basketball team.  After graduating, Helen taught for one semester at the newly formed evening high school which formally became Reuther High School.

One night while watching television, Helen saw an opportunity at the Federal Bureau of Investigation, applied, and was hired in a support role.  In 1975, when the opportunity became available to women, she applied and was selected for the position of special agent. During her years with the FBI, she investigated white collar crime, was a bodyguard for FBI Director William Webster, oversaw Equal Employment Opportunity investigations, and retired as chief of the Economic Crimes Unit at FBI Headquarters in 2000.

Upon retiring, Helen moved back to Kenosha and worked with the Gavin Group evaluating the United States Roman Catholic dioceses to determine their compliance with the Charter for the Protection of Children and Young People relating to sexual abuse of children by priests. In her spare time, she has served on the Friends of the Kenosha Museum Board of Directors, and currently serves on the City of Kenosha Police and Fire Commission, the Board of Directors of the Southern Lakes Credit Union, and the UW-Parkside College of Social Sciences and Professional Studies Advisory Board.
Scroll to top
Who Are You?