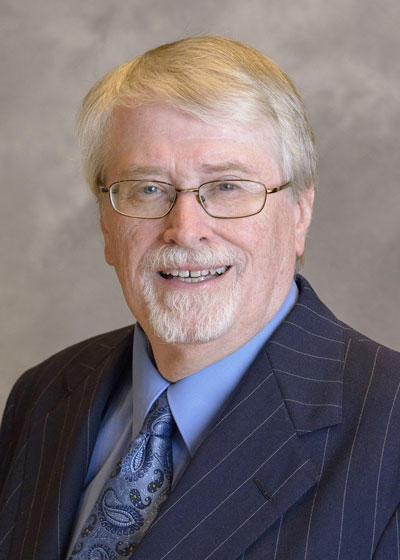 Jay Ruud is a professor and chair of the English department at the University of Central Arkansas in Conway, where he has taught for thirteen years. He was previously dean of the College of Arts and Sciences at Northern State University in Aberdeen, South Dakota. Jay received his bachelor's degree in English from UW-Parkside in 1972, winning the Bernard Tallent Award for outstanding students in the humanities. While completing his Ph.D. in Medieval Literature from UW-Milwaukee, he returned to UW-Parkside as a lecturer in the English department.
Jay is the author of four scholarly books (one on Chaucer, one on Dante, one on Tolkien, and an Encyclopedia of Medieval Literature), in addition to fifty scholarly articles on topics like Arthurian literature, Tolkien, Chaucer, the mystic Julian of Norwich, and medieval drama. He is also the author of a new series of medieval mystery novels set in the court of King Arthur, featuring Merlin as the investigator and narrated by his young assistant Gildas. The first novel in the series, Fatal Feast, was published in 2015 and the second, The Knight's Riddle: What Women Want Most, will be available from the publisher (Five Star Press) on June 22, 2016.
Jay has two spectacular children, an awesome wife, three loving dogs and a cat who resents them all, and four astounding grandchildren, including a pair of toddler twin boys. He enjoys amateur drama and recently played his own daughter's mother in a production of The Importance of Being Earnest. He is also a long-suffering Chicago Cubs fan and believes this is their year. Of course, he believes that every year.
Scroll to top
Who Are You?