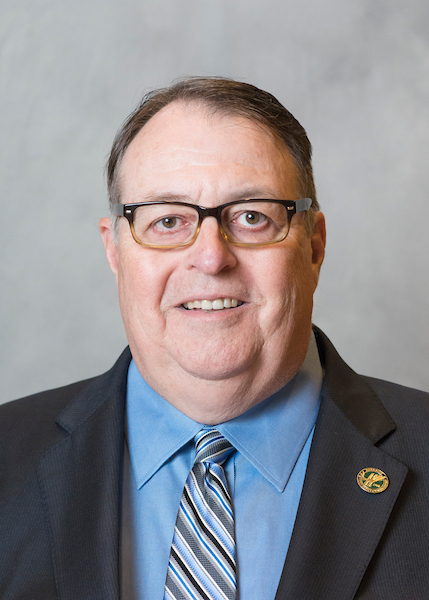 Jim Kramer graduated from UW-Parkside in 1979 with a Bachelor of Science degree in business management, and returned to campus earning his Master of Business Administration in 1990. His career began at Medical Engineering in Racine, in the quality control area as a supervisor. The company later became Surgitek, a division of Bristol Myers Squibb. Jim was able to experience different areas of the company, learning not only the quality side but moving into various positions within operations, including purchasing, planning and inventory control, eventually becoming the materials manager.
Jim took similar roles in materials at a start-up for B. Braun Medical, then in the steel industry at Gerrett Products. His background expanded as he became a customer service manager for CHR Hansen and consolidated two customer service groups, saving the company $1 million over five years.
Finally, he moved to another start-up, BioForm Medical, now Merz North America. His role expanded to Director of Manufacturing Operations and Supply Chain and then Head of Demand Planning. Jim retired in June of 2016.
Jim's service activities are abundant, both at UW-Parkside and in the community. He coaches middle school basketball, six years with the boys' team and three years with the girls' team. Jim is active in his church and taught religious education to 5th graders for several years, volunteered at many church festivals, and served as Eucharistic minister and lector. Through the Knights of Columbus he has assisted with "Coats for Kids" clothing drives and serving meals at HALO (Homeless Assistance Leadership Organization) in Racine. At UW-Parkside he served nine years on the Alumni Association Board with three as President and is currently serving his second year on the UW-Parkside Foundation Board. He has been one of the voices of Ranger basketball for the past eight seasons.
Scroll to top
Who Are You?