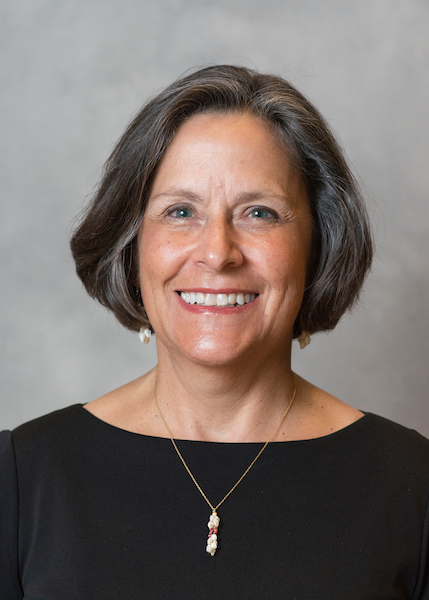 Kathleen A. Hansen is a Professor in the School of Journalism and Mass Communication at the University of Minnesota-Twin Cities, where she has been a faculty member since 1981. Kathleen graduated from Bradford High School in 1972 and received her Bachelor of Arts degree in English from UW-Parkside in 1976, with minors in anthropology, political science and French. At UW-Madison, she earned a Master of Library Science in 1977 and a Master in English in 1979.
Kathleen has authored five books and dozens of articles on the role of information technology in newsmaking. Her latest book, Future-Proofing the News: Preserving the First Draft of History was published in 2017 (Rowman & Littlefield). Kathleen served for 13 years as Director of the Minnesota Journalism Center, where she organized hundreds of workshops for journalists regionally and nationally. Most recently, she served as Director of Undergraduate Studies, overseeing a curriculum serving 1,000 undergraduate students studying journalism, advertising and public relations. Kathleen is the recipient of the David Rhydwen Award for Outstanding Scholarship in the Field of News Librarianship from the Special Libraries Association, the Pioneer Award for significant contributions to scholastic journalism from the National Scholastic Press Association and the John Tate Award for Excellence in Undergraduate Advising from the University of Minnesota. She is a founding board member of MinnPost, an innovative non-profit online news site in Minnesota.
Kathleen's grandparents emigrated from Denmark and Italy to Kenosha in the early part of the last century. Her nephew is a 2012 Parkside graduate.
Scroll to top
Who Are You?