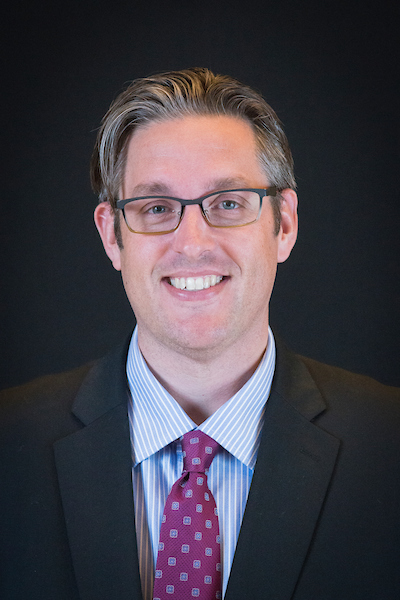 Michael Kamphuis is currently the Managing Director of the Division of Education at Conn-Selmer, Inc., an Elkhart, Indiana based musical instrument manufacturer. In this role, he leads a team with the mission to create opportunities for music industry and music education to work collaboratively in support of music education worldwide.

Born and raised in Kenosha, Michael is a 2000 graduate of the University of Wisconsin-Parkside and has a Bachelor of Arts in Music Performance (Trumpet). Since entering the music industry in 2001 with the G. Leblanc Corporation, Michael has held many different positions, primarily in sales and marketing, including Accessories Product Manager, Product Manager (Flutes), Director of Marketing (Brass), and Sr. Director of Product Marketing (all band and orchestra categories) at Conn-Selmer, Inc.

Actively involved in music advocacy, Michael was appointed to the steering committee of the Indiana Arts Education Network in 2016. In addition, he is also a delegate for the National Association of Music Merchants, representing Indiana and Michigan to lobby in support of music education at the annual “Fly-In” in Washington D.C. The efforts of the NAMM Fly-In helped pass the Every Student Succeeds Act bill in December 2015. In 2016, Michael also received the Lifetime Achievement Award from the Elkhart Jazz Festival and the Distinguished Service Award from the Historically Black Colleges and Universities National Band Directors Consortium. Michael resides in Schoolcraft, Michigan with his wife Sarah and two daughters, Sadie and Norah.