Join us to celebrate 31 years of Aging Well! The past year has challenged us and, in some ways, has made us rethink the way we live and what we value. This year’s special conference will include keynote presentations and sessions by experts who will share perspectives on challenging social norms, accessing healthcare, and taking care of ourselves physically, mentally, and spiritually as we continue on the journey of aging.

KEYNOTE  |  Impact of Housing and Social Determinants of Health

While many of the efforts of the housing and homelessness community have been around addressing literal homelessness, the Housing Bureau for Seniors’ (HBS) efforts are focused primarily on prevention and the hidden factors that can lead to homelessness. Through the lens of Social Determinants of Health, the organization focuses on factors such as hidden homelessness, housing instability, and unaffordable housing. This keynote will address how HBS significantly reduces the likelihood that the older adults whom they serve will face literal homelessness through interventions and case management services. 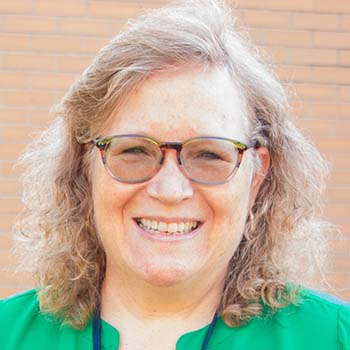 Janet M. Hunko, LMSW, is the Director of the Housing Bureau for Seniors, a program of the University of Michigan at Michigan Medicine, where she oversees crucial work that empowers older adults to find and maintain sustainable permanent housing. She currently serves on the boards of directors for SAGE Metro Detroit, the National Share Housing Resource Center, co-chairs the Geriatric Social Workers of Southwest Michigan as well as other various community collaborations relating to the health and well-being of older adults. In addition, Janet is a part-time lecturer at Eastern Michigan University where she teaches courses relating to working with older adults. In her free time Janet enjoys gardening, golf, and spending time with her family.

KEYNOTE  |  The Future of Our Health System

Even before the COVID-19 pandemic, hospitals were increasingly held accountable by payers and communities to coordinate the care of patients outside of their walls. As the pandemic continues to evolve, we are learning how COVID-19 has increased the demand on our health system and is presenting new challenges. Nowhere is this more important than in the senior population, which is projected to grow at a faster pace than any other population sector of the state through 2040. Learn how hospitals and health systems are addressing needs such as social determinants of health and care coordination while working through the complexities of a pandemic and planning for possible innovations and interventions in the future. 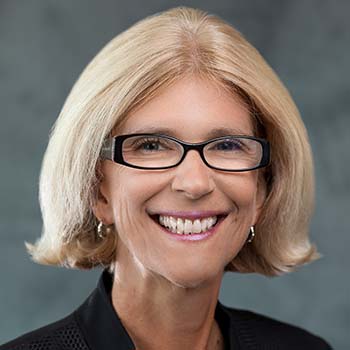 Catherine Jacobson serves as President and CEO of Froedtert Health, a regional health care system based in Milwaukee, Wisconsin. Jacobson joined Froedtert Health in 2010 as executive vice president of finance and strategy, chief financial officer and chief strategy officer. She was promoted in 2011, becoming President and in 2012, she assumed the CEO role. Prior to joining Froedtert Health, Jacobson spent 22 years at Rush University Medical Center in Chicago in various leadership roles.

Current board appointments include Vizient, the Greater Milwaukee Committee and Metropolitan Milwaukee Association of Commerce as well as other boards representing partnerships of Froedtert Health. She is also a past chair of the board of the Wisconsin Hospital Association and is currently serving on the board.

Jacobson’s recognitions include being named by Modern Healthcare as one of the 100 most influential people in healthcare in 2019 and by Junior Achievement of Wisconsin, Wisconsin Business Hall of Fame as Distinguished Executive of the Year in 2018. She was recognized as a Women of Influence by the Milwaukee Business Journal in 2013 and received an honorable mention as Executive of the Year in 2014 and 2019. Jacobson received an honorary degree of Doctor of Healthcare Leadership from the University of Wisconsin-Milwaukee in 2015 and was recognized by Becker’s Hospital Review 2014 Health Care Leaders Award and one of Becker’s 24 Leading Women to Know in Healthcare

Jacobson is a Certified Public Accountant. She received her Bachelor of Science degree in accounting from Bradley University, Peoria, Illinois.

KEYNOTE  |  The Spirituality of Dying: Living Life with Meaning

There are two undisputed facts of life: you were born, and you will die.  In between those absolutes is a world of possibilities for how to live a full and meaningful life. Though there is no denying our eventual death, our instinct is often to fear death, which can get in the way of living. In this presentation we will explore what it looks like to live our best life by accepting our eventual death, and how we can develop a healthy and meaningful relationship with dying at any stage of life. 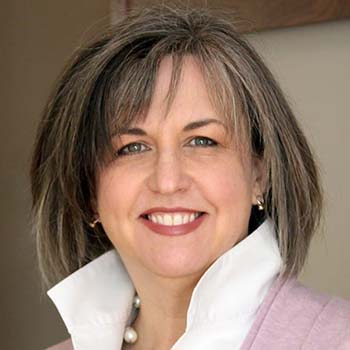 Jana Troutman-Miller has served for 18 years as a professional health care chaplain. She has worked in the areas of child, adolescent and adult mental health and addictions, acute care, and long-term care. She currently serves as chaplain at Saint John’s On The Lake, a retirement community in Milwaukee, WI. She earned her certificate in Spiritual Direction from The Haden Institute in 2018, is an Episcopal priest in the Diocese of Milwaukee, is a board-certified chaplain with the Association of Professional Chaplains where she sits on the board of directors and is the chair of the Commission on Certification for the organization, and holds a Master of Arts degree in counseling ministry from Lincoln Christian Seminary.

Introduce your organization to regional professionals and consumers who are interested in health and wellness. Your partnership provides opportunities to engage with individuals working in the field of aging, people considering a career in gerontology, and active retirees.

As a sponsor, you are featured in conference marketing, including:

$1000 investment with the following benefits:

$750 investment with the following benefits:

$500 investment with the following benefits:

$375 investment with the following benefits:

$225 investment with the following benefits:

The University of Wisconsin-Parkside is committed to providing access, equal opportunity, and reasonable accommodation in its services, program activities, education, and employment for individuals with disabilities. To request disability accommodations, contact Continuing Education at least eight weeks in advance at: 262-595-3340 (V), 262-595-2513 (FAX), or email continuing.ed@uwp.edu.