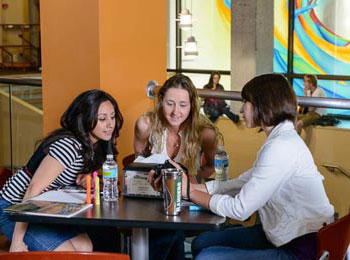 Trick of Treat? What are recent labor market data telling us?
During the fall 2012 semester, CEE Director Norm Cloutier gave five presentations around the state that focused on current national labor market conditions. The Power Point presentation in the link below is one he gave at UW-Parkside as part of The Election Experience initiative that sponsored events throughout the fall semester dealing with the presidential election and civic engagement. Norm discussed changes in national unemployment, along with the recent controversy surrounding Bureau of Labor Statistics reports and long term demographic and economic forces that are shaping the U.S. labor market.
Power Point Download
ASET conference, December 7, 2012 (PPT)

Teaching Financial Crises
On February 24, 2012 the UW-Parkside Center for Economic Education hosted a full-day workshop focused on the new Council for Economic Education curriculum Teaching Financial Crises (see brochure.) Below are links to resources that were used during the workshop. Each item is self-explanatory. In the PowerPoint, What Caused the Financial Crisis of 2008? be aware that there is a great deal of documentation in the notes section of every slide, including suggested clips from the films Inside Job and House of Cards, and an audio clip from National Public Radio's Planet Money. We hope you find these resources helpful as you try to explain the recent financial crisis to your students. Good luck!

Understanding the Role of the Federal Reserve in Today's Economy
On February 17-18, 2011, the UW-Parkside Center for Economic Education hosted a professional development workshop and study tour to the Chicago financial district. Norm presented the structure and functions of the Fed, along with an analysis of the Fed's role - good and bad - in the latest financial crisis and recession. The second Power Point below contains the historical performance of the US economy with up to date statistics.

Who is Poor in America?
Calculating Poverty Worksheet

2009 Wisconsin Money Smart Week
Norm participated in two Wisconsin Money Smart Week events co-sponsored by EconomicsWisconsin and the Lakeland College Center (Green Bay) and the UW-Whitewater Center (Madison). The theme of his session was getting middle and high school students to understand the economic fundamentals of the Great Depression in comparison to the 2008 recession. The first PowerPoint contains slides that make explicit comparisons between current economic conditions and those that occurred during the depths of the Great Depression. Pay particular close attention to the 2008 recession job loss slide, Norm will be periodically updating the data. The second PowerPoint is a modified lesson that can be taken directly into your classroom. See this link for a hardcopy of the lesson.

Wisconsin Council for the Social Studies, Madison, March 16, 2009
Norm participated in two sessions at the annual conference of the WCSS. The first was a roundtable discussion on the financial crisis with Dr. Bill Duddleston (Center Director, Edgewood College), Dr. Scott Niederjohn (Center Director, Lakeland College), and Tim O'Driscoll (Center Director, UW-Milwaukee). The second was a session entitled, What is Economic Justice? Discussion of the Distribution of Economic Rewards , which presented the ideas of philosopher John Rawls and how they can be used to engage students in a discussion of fairness in economic outcomes. With the permission of the presenters, here are the Power Points used in these sessions, along with a PDF of an article by Gwartney and Connors on the financial crisis:

Using Sports to Teach Economic Principles
In fall 2005, the UW-Parkside CEE hosted its first full-day professional development workshop. Norm and Dennis created three original lessons, each with interactive web-based graphs to help students understand the fundamental economic principles at work in the sport industry. One of these lessons (see below) was subsequently published by Journal of Economic Education 39(2), Spring 2008, online section.

Economics of Sports Tutorial: "Show Me the Money!"

2007 ASET Conference and 2008 Economics for Journalist Conference
The first of these two Power Points was given at the Teaching the Ethical Foundations of Economics workshop, Milwaukee Art Museum, December 2007, and follows the curriculum material in the NCEE publication by the same name. The second was presented at the Economics for Journalists conference, March 2008, and contains a more advance construction of the economic analysis. Teachers are advised to take a look at both.

Ten Rules of Wealth Building All Teachers Should Know (Powerpoint)

Links to Other Teaching Resources

The NCEE is a nationwide network that leads in promoting economic literacy with students and their teachers. We highly recommend the NCEE site. The NCEE offers excellent teaching resources for all levels, ranging from AP Economics to the early-elementary classroom.

The Federal Reserve Bank offers a number of online resources for K-12 teachers. The Fed materials tend to focus on the economics of the banking system, monetary policy, and financial literacy.

The IMF and its EconEd Online provide online teaching resources on international trade and finance.

The World Bank's Youthink! for teachers has teaching resources that are related to a wide variety of socioeconomic issues in developing countries.

The Global Association of Teachers of Economics

GATE is a new national and international organization sponsored by the national CEE for K-12 teachers and others interested in economic and financial education. GATE offers a newsletter announcing workshops, conferences, study tours, and new curriculum. GATE members can receive discounts on NCEE publications. Membership is required, but as of this writing it is free.