Classes provide an in-depth learning opportunity. Offering a wide array of topics and a yearly Week of Learning. Learn more about current class offerings and more below.

Members must register to receive the class link.

This class will focus on Professor Brian Gill’s adaptation of Shakespeare’s play about “star-crossed lovers.”  Schedule permitting, some of the student actors will explain their technique of performance/text analysis, the Folio Technique.  We will also find out about stage combat, and how the actors prepare for those interactions on stage.

Our society values certain qualities above others. We’ve all experienced minor transgressions on the basis of our own personal qualities—being female, being disabled, being old, being poor, or being Black. So how do we go about understanding White privilege without condemning ourselves as bad people? We can understand White privilege as part of the culture in which we are socialized. On November 10, we’ll engage in a frank interactive discussion to examine White privilege and the advantages it affords some to the disadvantage of others. We’ll be asked to “check our privilege” to better understand ourselves as part of a larger system that privileges some people over others on the basis of race.

When we think of the mythologies and epics that inform Western Civilization, we typically think of Greek myths and texts like the Odyssey. But this lecture will look north rather than south tounderstand the foundations of Western literary culture. The English language derives not directly from Latin and Greek, but rather from a Germanic ancestor, and has more in common with Old Norse. Indeed, although England was a Roman colony and is still marked by the technologies and architectures of the Roman Empire, it shares the weather, gods and culture of the Norsemen, who also invaded, colonized and inhabited parts of the island—and who stayed, whereas the Romans left.

Most Christians, Jews and even Muslims have little background of the the origin of their own scriptures. This class will examine biblical stories, writings, customs and objects that are derived from their neighbors and ancestors, the Egyptians. Specific details will be displayed side-by-side to demonstrate the development of the sacred from its very prominent origins in Egyptian religious practices and iconography. Creation myths, scriptures, artifacts and even the layout of temples will be just some of the topics covered in this presentation. An enlightening description of the very foundations of western faiths!

To register for classes members can register via the links provided for each class or send in a check to the address provided.

Please make all payments at time of registration. 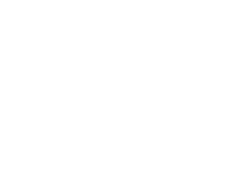