A half century ago, about the time students in southeastern Wisconsin were getting ready to take classes at a newly opened Greenquist Hall on the UW-Parkside campus in Somers, NASA astronauts Neil Armstrong and Buzz Aldrin became the first humans to set foot on the moon.

Dr. Sauer, himself a 1984 UW-Parkside graduate, says the historic moon landing “made me realize the importance of space travel.” The journey itself was important, but the value of technological developments necessary for a successful moon mission in 1969 is often overlooked in 2019.

The extensive list of items we may take for granted that are available because of new technology surrounding NASA space travel in the 1960s includes memory foam, freeze-dried food, cell phone cameras, jaws of life, air purifiers, workout machines, and even laptop computers.

Yet, in the early stages of the 21st century, the target is even further from planet Earth. Mars is the “next frontier” and the challenges far outweigh those encountered by the crew of Apollo 11. Estimates for when humans will first leave footprints on what is often called the “Red Planet” range from just 10 to 15 years.

Why is going to Mars important?

Dr. Sauer: Humans have always been explorers. Another reason might be survival of the human race. A lot of people feel that we have to colonize Mars because if something catastrophic happens on Earth, we’ll be able to allow the human race to survive. There is also the search for (extraterrestrial) life. By exploring space and Mars and other planets, we can search for other types of life or life that may be similar to our own.

Perhaps the most important is for technology development. There are a lot of things that impact our daily lives that we may or may not have if it wasn’t for NASA and the trip to the moon.

Why are you personally interested in the Mars project?

Dr. Sauer: I first got involved when I worked at a pharmaceutical company and one of my jobs was to discover and implement new technologies. In the process of doing that, I had the opportunity to meet with the head of NASA’s new technology division. It was a fascinating conversation talking to him about all the technology they need to work on to get to Mars.

One of the things I was interested in was being able to synthesize medicines on demand. When they go to Mars - again, it will be a two- to three-year mission perhaps - they won’t be able to take a Walgreens with them. They won’t know what drugs they (may) need. There is a project ongoing that will allow them to prepare any drug they might need. Here at UW-Parkside I’m working on that along with undergraduate science students. Similar research is being conducted around the world, but usually with graduate students. This is a tremendous opportunity for our undergraduates.

Dr. Sauer: The interesting thing about that is some of the medicines they may need, may not even be in existence yet. The machine (which will be solar powered) is going to have to be able synthesize any medicine. Specifically, our research at UW-Parkside is focusing on chemical reactions that could be used to make pharmaceuticals using electricity and water.

Creating medicines to sustain and possibly save the lives of Mars astronauts is just one of many obstacles. Communication between Mars and Earth is also a challenge, as the distance between Earth and Mars changes over a 24-month period. Even a radio signal can take anywhere from four to 24 minutes to reach its intended destination, creating a potential gap of up to 48 minutes in a conversation. And for two weeks every 24 months, Earth and Mars are on opposite sides of the sun and no communication is possible.

Mars astronauts will have to grow plants during the journey. Dr. Sauer points to studies conducted on the international space station which show that growing plants is beneficial for the health of the astronauts, both physical and mental.

There is the unknow psychological stress of four to six people living in close quarters – something along the lines of a small mobile home – for such an extended time. And the capacity for food and water is limited, certainly not enough for a two-year trip. Astronauts will not only have to create food and water but recycle food and water.

But beyond the medicine that astronauts may need but can’t take with them, and the lack of immediate communication, and not enough food or water for the entire trip -- even the challenge of doing laundry – beyond all that, Dr. Sauer says the biggest challenge may be radiation. 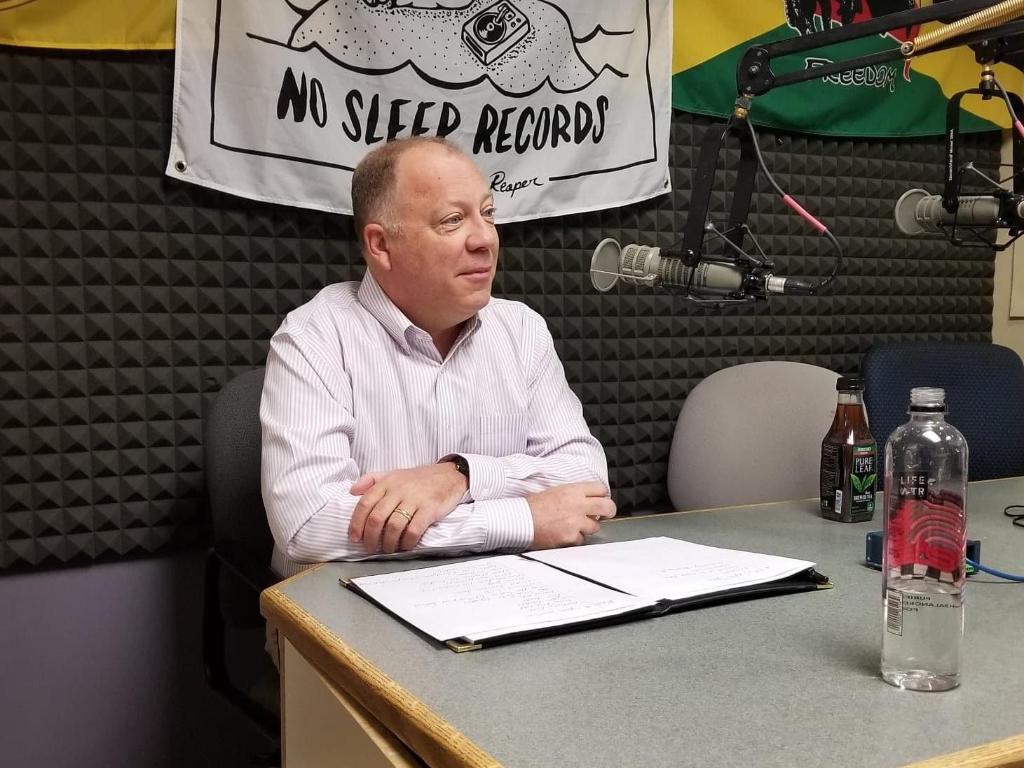 Dr. Sauer: On the trip to Mars, people will be exposed to a lot more radiation than astronauts ever have been before. Quite frankly, they don’t know what the results of that are going to be. There are quite a few challenges, and NASA is working on all of them right now.

Not only are people at NASA, a U.S. government agency, working on this incredible project, they’re joined by private-sector companies such as SpaceX, Blue Origin, and Virgin Galactic, along with student and faculty research like that taking place at UW-Parkside. Dr. Sauer says that university research and the competition between private companies working in collaboration with NASA presents the opportunity to accelerate the ability to do space travel and develop the needed technologies – technologies that will ultimately become part of our everyday lives. 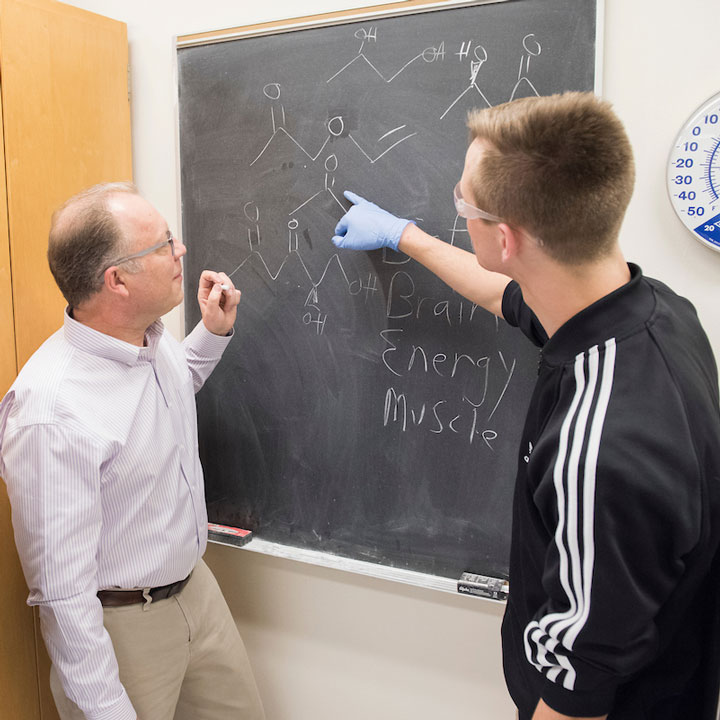 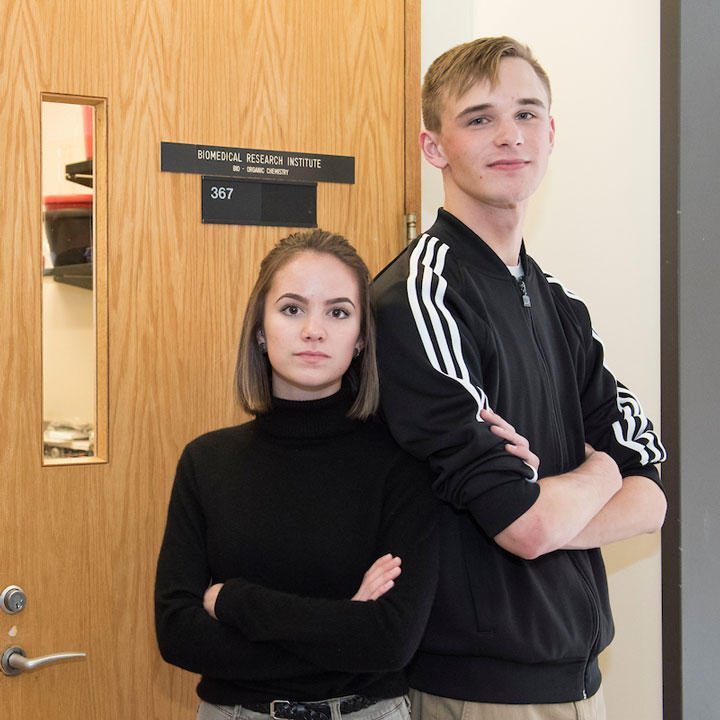 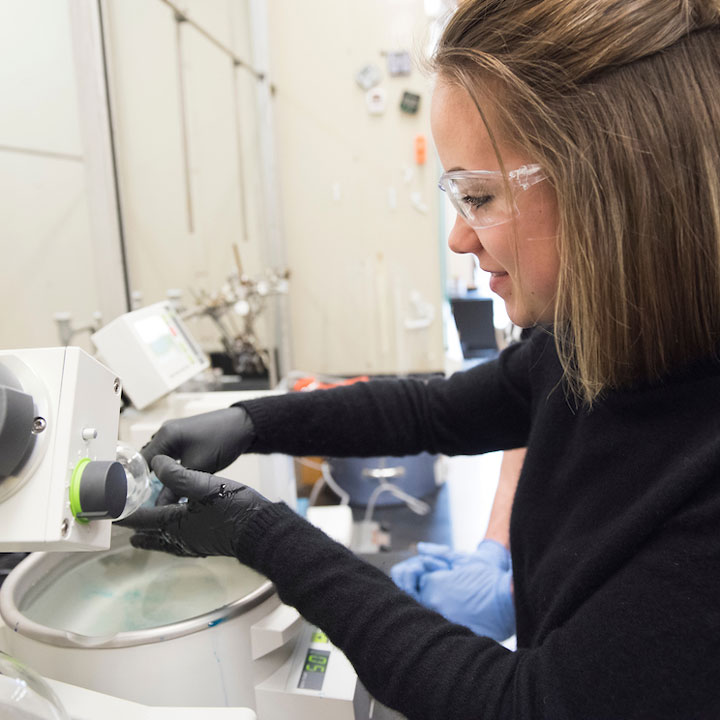 The Next ‘BIG IDEA’

UW-Parkside students Nikolai Lumpkins and Jeremy Preischel may never travel to Mars. However, thanks to the WiSys (Wisconsin System Technology Foundation) and the UW-Parkside BIG IDEA competition, their award-winning ideas may help astronauts make a successful journey. Lumpkins and Preischel each submitted ideas for farming in close quarters. Lumpkins’ “The Pillar Project” and Preischel’s “Automated Vertical Farming” could someday help make growing fresh plants in the close quarters of a spacecraft or on Mars itself a reality. 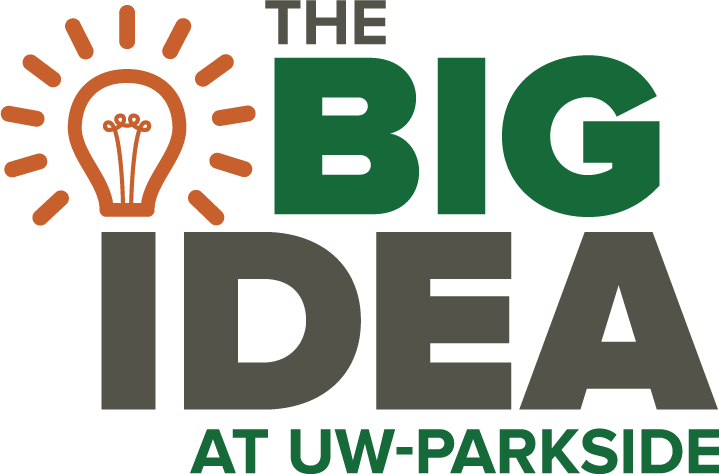 Each year, UW-Parkside students have the opportunity to develop their own BIG IDEAS -- innovative ideas and start-up initiatives – and receive funding for their plans through WiSys and the Parkside Venture Fund. Winning projects also receive access to UW-Parkside campus resources that may help advance the idea.