The University of Wisconsin-Parkside was founded during the civil rights movement. It opened July 1, 1968, just four months after the assassination of Dr. Martin Luther King Jr. Since its formation, the University of Wisconsin-Parkside has centered on topics of equity, diversity, and inclusion. From hosted events that included both local and national civil rights activists, like Jesus Salas, Rev. Jesse Jackson, and Father James Groppi. To Parkside incorporating cultural topics into the curriculum to Chancellor Wyllie incorporated human resources policies to promote the hiring of qualified Black Americans, People with Disabilities, and Spanish-speaking Americans. As time went on and as Parkside became the most diverse institution in the UW-System, the need and demand grew to increase access and support for our students of color.

Lillie Jackson, Willie Box, and Donald Harris followed in Mr. Fearn's footsteps. The 1970s also saw the emergence of university initiatives such as the Regent Ad Hoc Committee for Minority and Educationally Disadvantaged Students and the Affirmation Action Committee and student-based groups like the Black Student Union and Minority Student Union.

the Center for Multicultural Studies (CMS) was created by faculty committed to addressing race and ethnic diversity issues. These small victories were the movement needed to start what we now know as the Office of Multicultural Student Affairs.

In 1982, Minority Student Services Program was created. There was a total of 2 employees (1 director/coordinator and 1 program assistant). That same year, the Creating High Aspirations and Motivations Program (CHAMP), Parkside’s pre-college program, is formed. The following year, a counselor/coordinator was hired on.

CREATING ITS OWN ENTITY

CECA hires one more individual as a program manager to supplement other positions of counselor, program assistant, and director. OMSA receives an Intercultural Commons room. That same year, the Taking Care of Business Banquet was created to have special recognition for students of color who have earned 3.0 GPA or higher, who have displayed strong leadership, and who are graduating Seniors.

GROWING & EXPANDING TO MEET OUR COMMITMENT TO DIVERSITY

In 1989, the pre-college program (CHAMP) was moved to be housed in its own office as the Pre-College Department.

The following year in 1990: CECA is moved to its Wyllie Hall D-182 location with the Intercultural Commons.

In 1996, CECA was formally renamed and called the Office of Multicultural Student Affairs (OMSA).

In 1999, the annual tribute honoring the life and legacy of Dr. Martin Luther King Jr. began at UW-Parkside. In efforts to foster connections between the university and the youth in the surrounding communities, students from Racine and Kenosha County Schools were invited to participate in an Art and Essay Contest about Dr. Martin Luther King Jr. at UW-Parkside. The initiative engaged and educated the youth on Dr. King and the Civil Rights Movement.

OMSA IN THE 21ST CENTURY

OMSA received an additional full-time employee as a student services coordinator with a total of 4 employees (2 coordinators, 1 program assistant, and 1 director). That same year, the Always Reaching Upward Mentoring Program was established after a student employee and OMSA staff member brought back the idea from a conference. Their goal was to create a program for mentoring new, incoming students of color at Parkside.

The Offices of Pre-College Programs, Student Support Services, & OMSA are housed under a centralized the Multicultural Student Opportunity Services Unit.

The Office of Multicultural Student Affairs is sustained with 4 full-time employees.

The OMSA, LGBTQ+ Resource Center, Student Engagement & Connection (formerly Campus Activities & Engagement and New Student Services) are moved under the same student services unit. The MOSAIC (Motivating Our Students to Advocate for an Inclusive Campus) Educators Program was created as a peer-to-peer education program to educate the campus community on topics of equity, diversity, and inclusion.

In 2020, the Center for Liberal Studies joined as a co-sponsor of the Dr. Martin Luther King Jr. Celebration.

OMSA and the Intercultural Commons are moved into a newly renovated office space as a part of the Callahan Family Student Success & Learning Commons in the D-1 Level Wyllie Hall. The new location is Wyllie D-180.

OMSA celebrates its 40th anniversary at UW-Parkside with the OMSA 40-Year Celebration on October 27, 2022, to kick off the 40th year.

Photos from OMSA throughout the years. 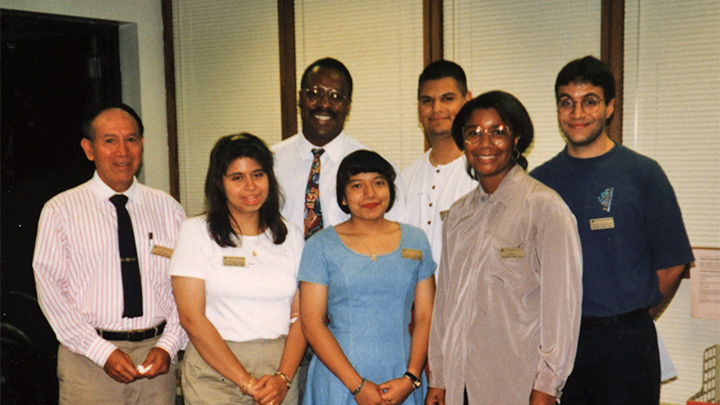 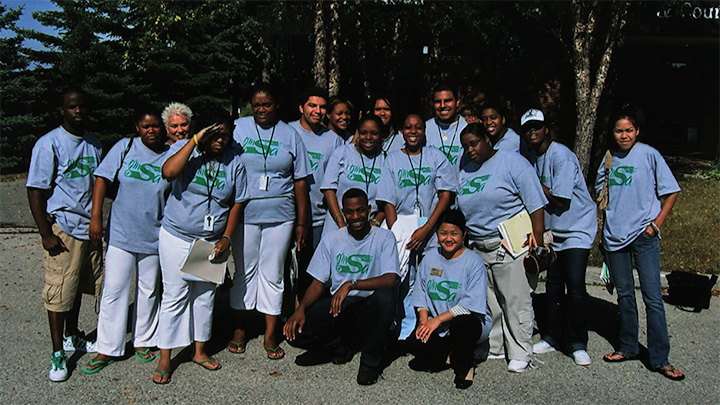 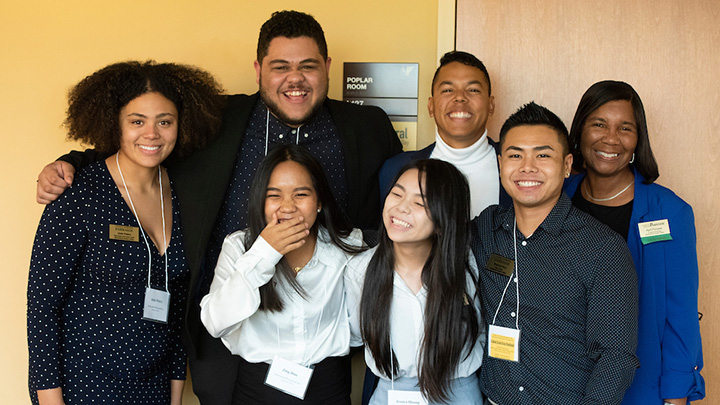