Celebrate and honor the life and legacy of Dr. King. Attend this noon concert to hear from the University Chorale, the Jazz Ensemble, and other artists within the campus community.

We Will Be Heard
Chalena Williams 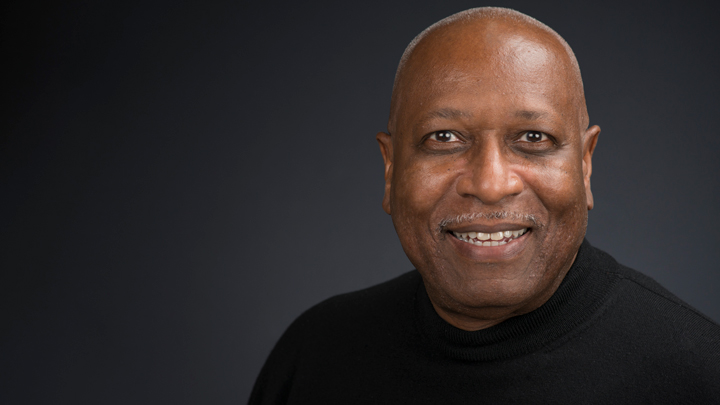 The University Chorale is the university choir that is open to all who wish to sing and to experience the joy of choral music, regardless of training or experience.  Its varied and diverse repertoire throughout the years has included some of the treasures of Western Civilization such as the Verdi REQUIEM and Mendelssohn ELIJAH, Glenn Burleigh's Kwanzaa work, THE NGUZO SABA SUITE, Broadway musical medleys, and gospel songs.  Singers have learned and performed contemporary choral pieces like Folke Rabe's RONDE, Elizabeth Alexander's HOW TO SING LIKE A PLANET, Z. Randall Stroope's THE CONVERSION OF SAUL, Christopher Tin's CALLING ALL DAWNS, John Legend's ALL OF ME LOVES ALL OF YOU. and student Nick Terrell's original rap song, HOURS AND HOURS.  Interested singers are invited to join. 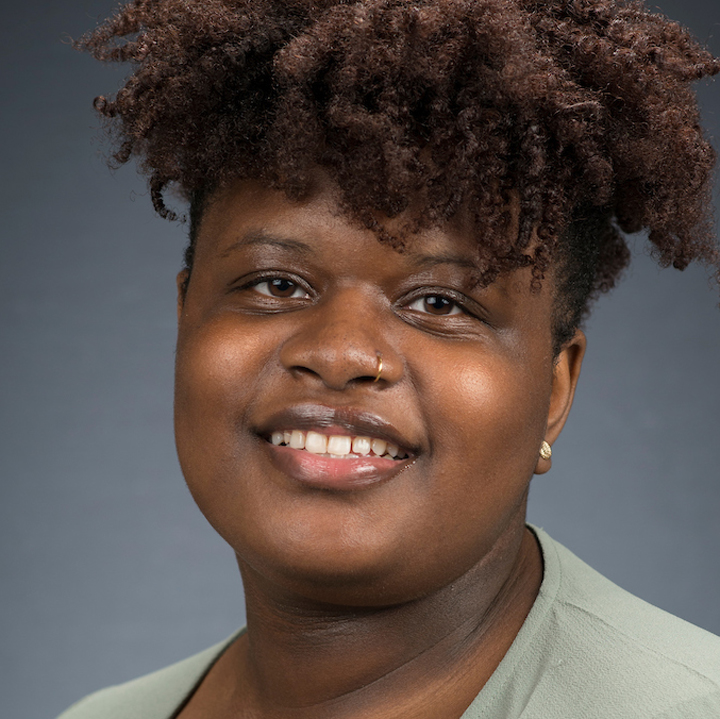 Chalena Williams is a senior with plans to graduate in the Fall of 2022. She is majoring in Theatre with a concentration in Acting and has a minor in Digital and Media Production.

Her acting credits include: Love’s Labour's Lost (jacquenetta), Pretty (narrator), and The Tourists (narrator). She will be Assistant Directing for the upcoming show Indecent in the Spring. Keep a lookout for her as Farrah in She Kills Monsters next Spring.

Chalena has held multiple film internships with Fresh Films and Hello Sunshine Productions. She also has worked as an audio engineer on a feature film. 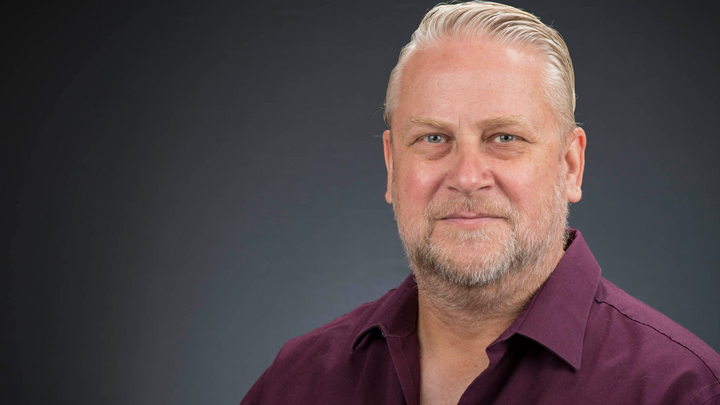 Both music majors and non-majors are encouraged to participate. Auditions are held on the first day of classes.  Additional jazz offerings include Jazz History, Jazz Improvisation, Jazz Arranging, and courses leading to a Jazz Studies concentration within the music major.

The annual tribute honoring the life and legacy of Dr. Martin Luther King Jr. began in 1999 at UW-Parkside. In efforts to foster connections between the university and the youth in the surrounding communities, students from Racine and Kenosha County Schools were invited to participate in an Art and Essay Contest about Dr. Martin Luther King Jr. at UW-Parkside. The initiative not only engaged the youth, but also helped educate them on Dr. King and the Civil Rights Movement. In addition, nominations were accepted for community service awards, where eligible recipients were Parkside students and members of the surrounding communities.

The Dr. Martin Luther King Jr. celebration event was hosted at UW-Parkside, and was originally an evening event. The opening of the celebration began with a video tribute including excerpts from the documentary, Eyes on the Prize, with a voice over from Dr. James Kinchen, UW-Parkside Music Professor. Followed by art and essay winners from the community sharing their knowledge of Dr. Martin Luther King Jr.

Students who entered the art project category, which was for children in kindergarten through 2nd grade, completed art projects with the theme “Who is Dr. Martin Luther King Jr.?” The winning art projects were displayed for the audience while the students were presented with a medallion and a savings bond.

The essay contest was open to elementary school, middle school, high school and UW-Parkside students. Submitted essays focused on various themes pertaining to Dr. Martin Luther King Jr. The award winners in each grade level (elementary, middle, and high school) read their essays and were presented with a medallion and a savings bond. UW-Parkside student winners received a plaque and monetary award.

During the evening celebration, both UW-Parkside students and local community members provided entertainment. A photo timeline exhibit of Dr. King’s life and art project entries were displayed for guests to view after the event.

In 2014, the Dr. Martin Luther King Jr. Celebration changed formats. OMSA began its collaboration with the Music Department, specifically working Dr. James Kinchen and Russ Johnson, in hosting a concert rounding out Black History Month. Becoming part of The Noon Concert Series, it consists of performances from University Chorale, Voices of Parkside, the UW-Parkside Jazz Combo, and either original poetry readings or praise dance performances. The celebration concluded with a reception and video presentation. In 2020, the Center for Liberal Studies joined as a co-sponsor of the celebration.

This video features photos from the previous Dr. Martin Luther King Jr. Celebrations at the University of Wisconsin-Parkside since it began in 1999. 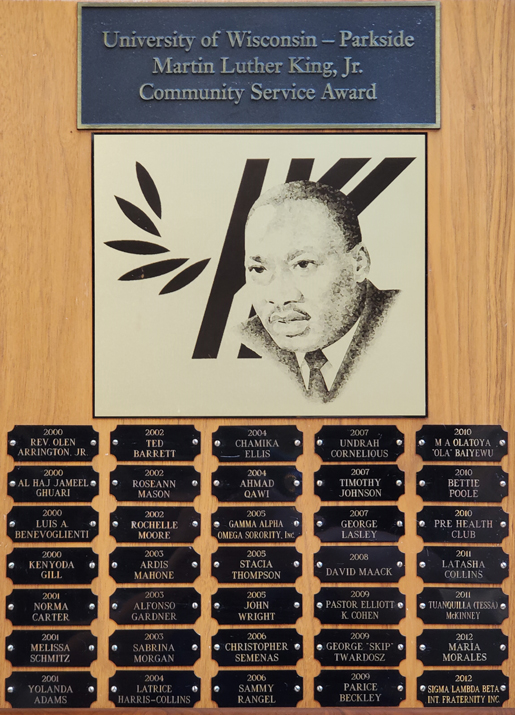 Nominations were submitted to select the winner(s) in the following categories:

In this video, Dr. Kinchen, Professor of Music, discusses and reflects on major historic events during the 1950’s and 1960’s that helped shape American History and the Civil Rights Movement. This video features excerpts from the documentary Eyes on the Prize.

Must Read MLK Books and Resources 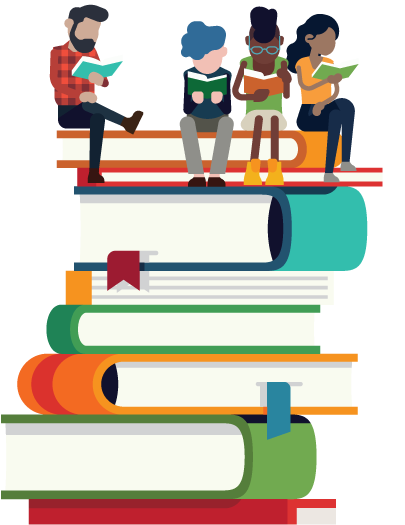 Liberal Studies is committed to academic and personal growth by learning from the voices of others. As we empower students to find their unique pathways, we want them to recognize and reflect on the many milestones and lessons evident in our diverse culture.

In honor of Dr. Martin Luther King Jr. Day, we hope you read at least one of these selections.